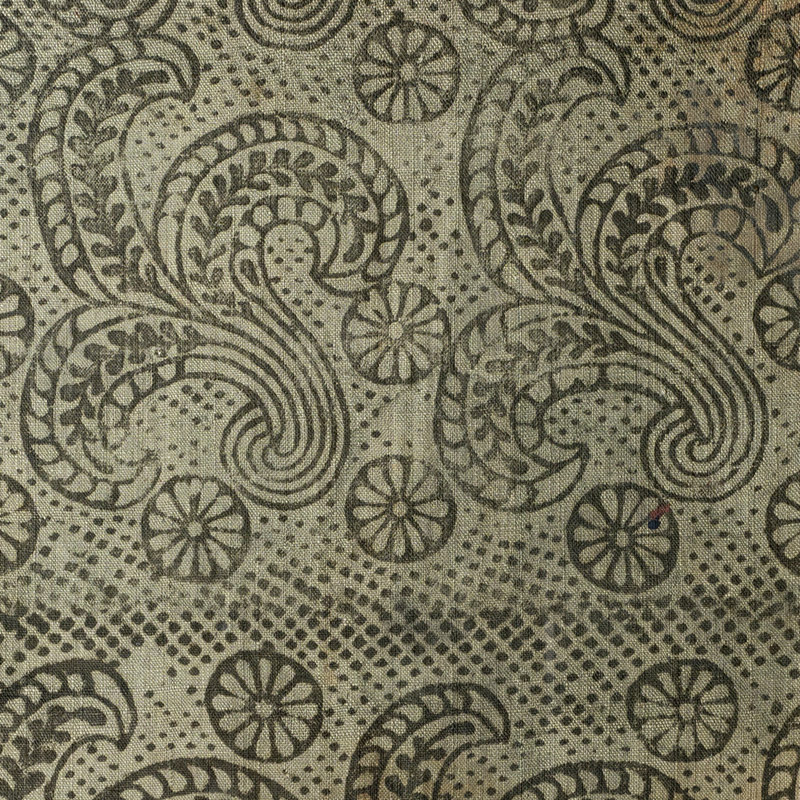 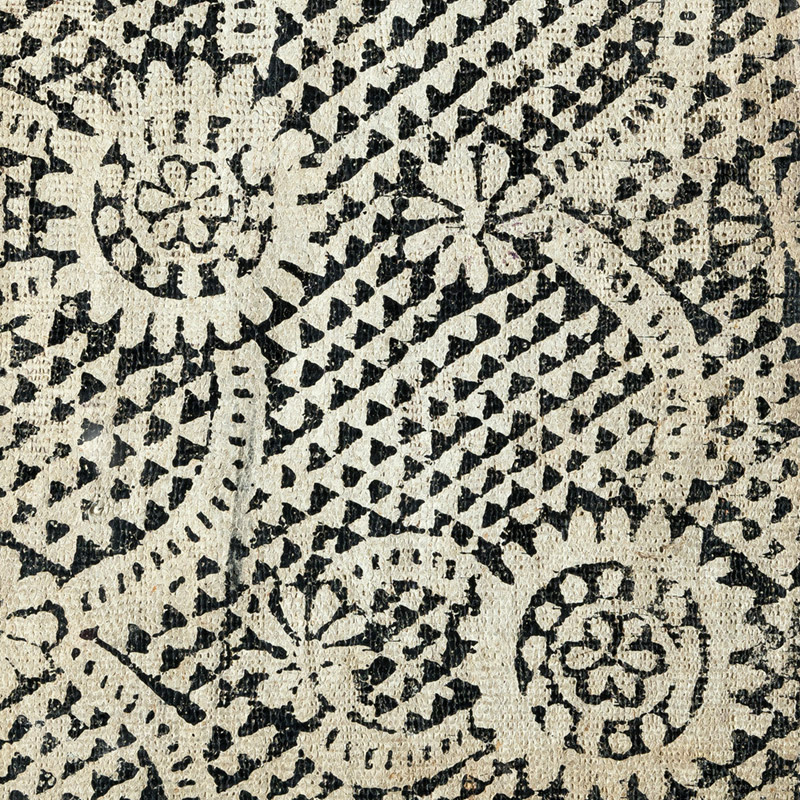 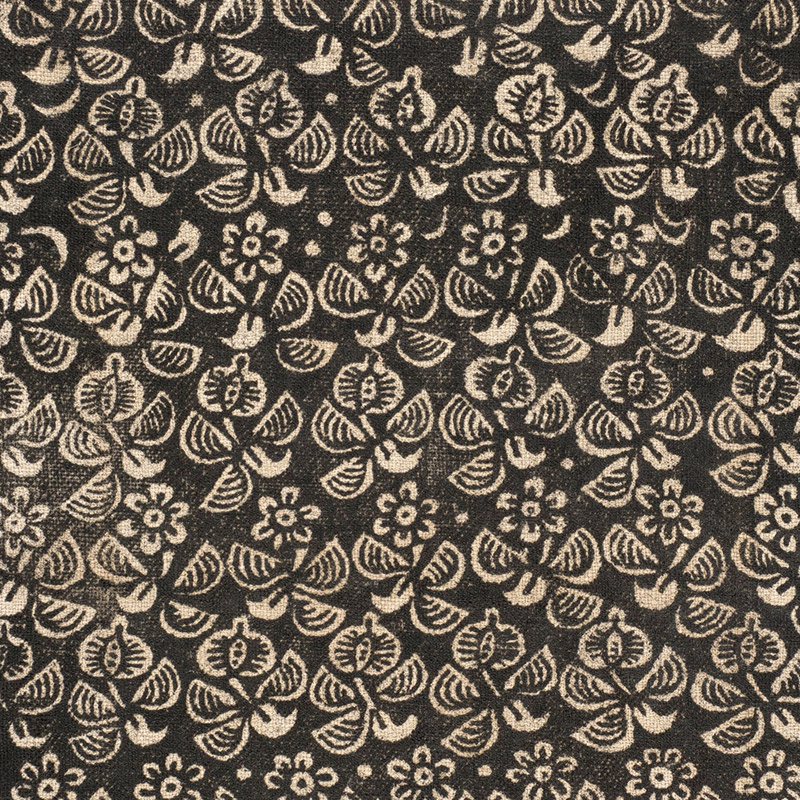 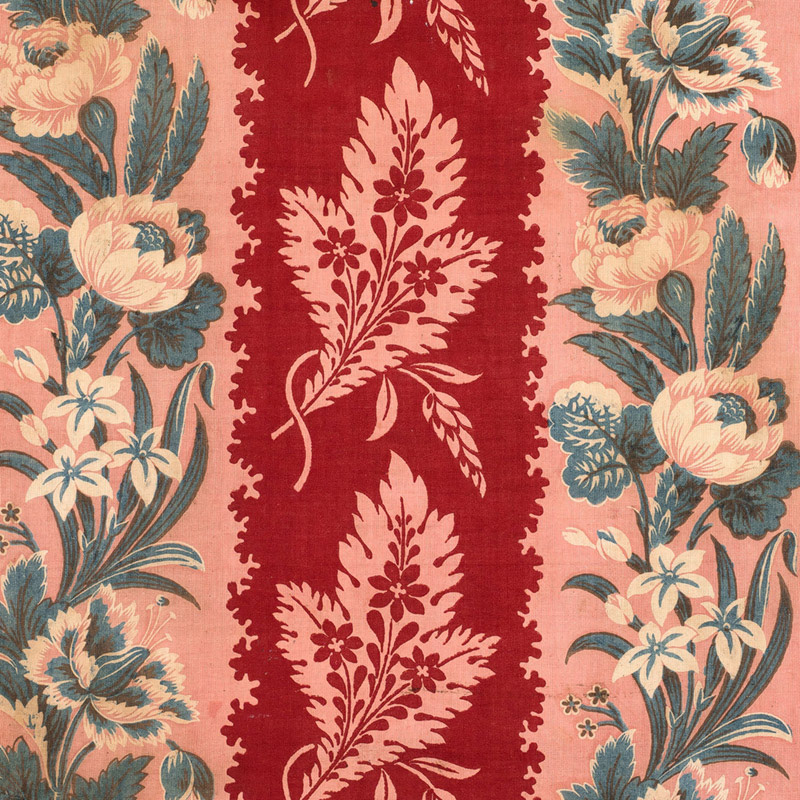 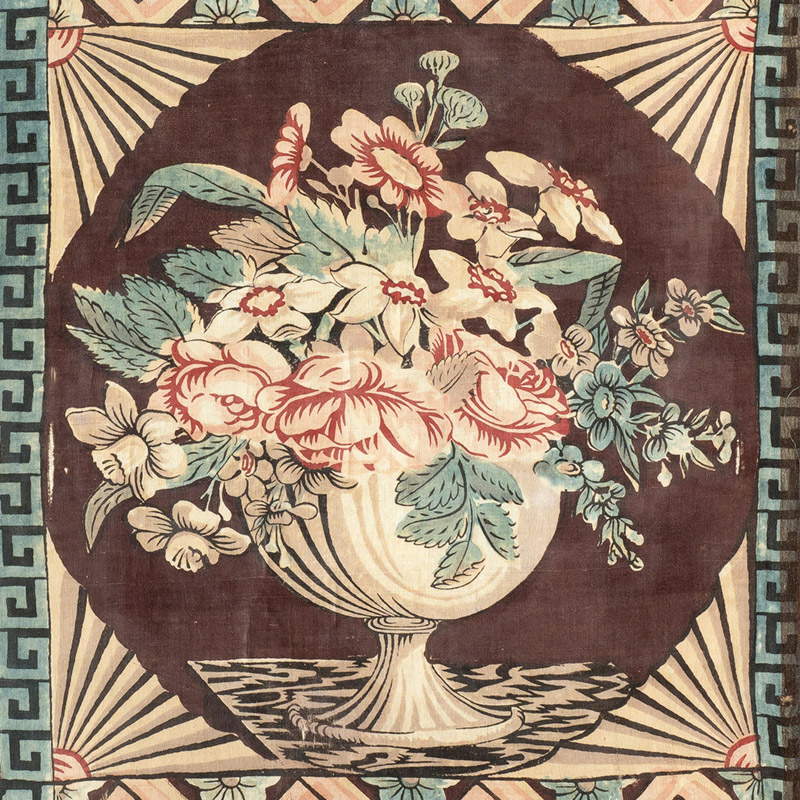 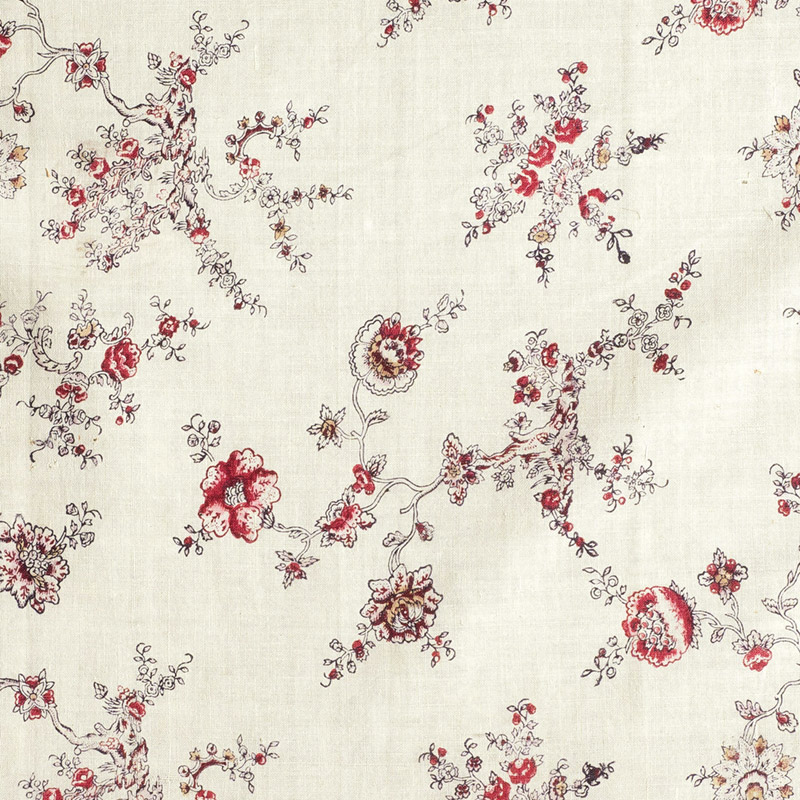 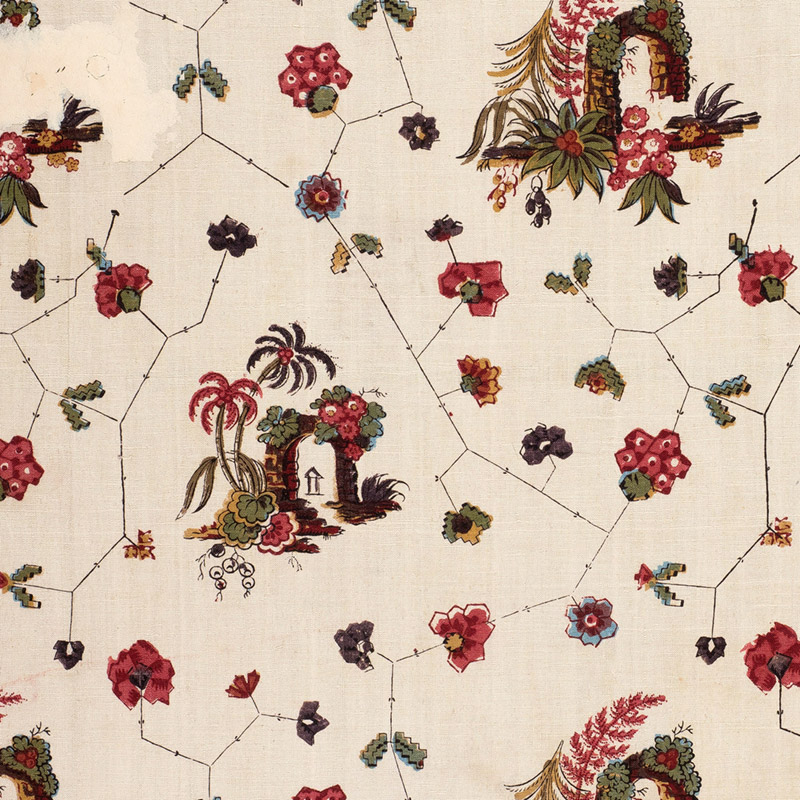 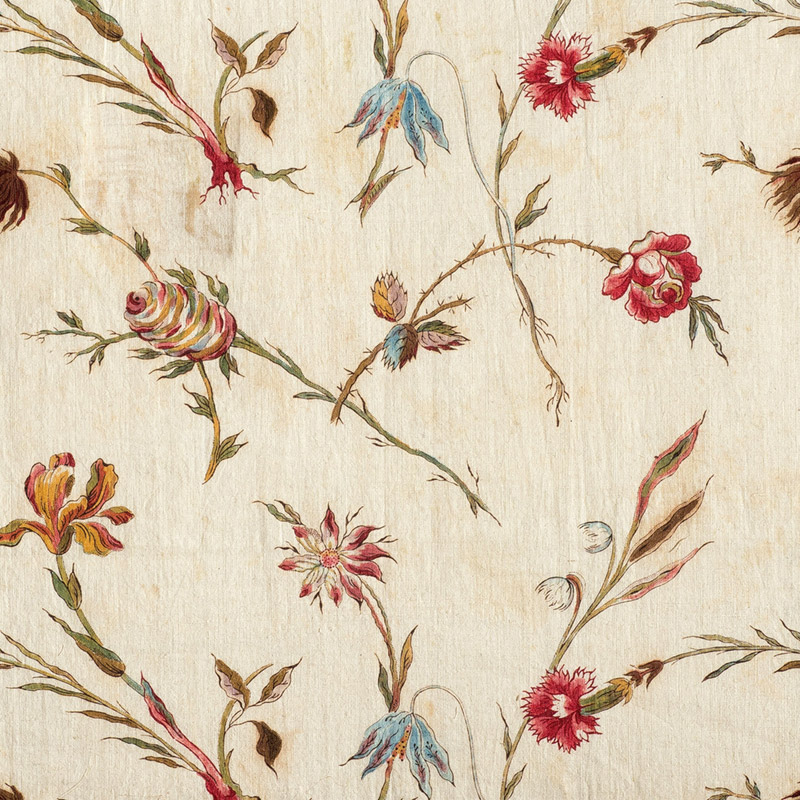 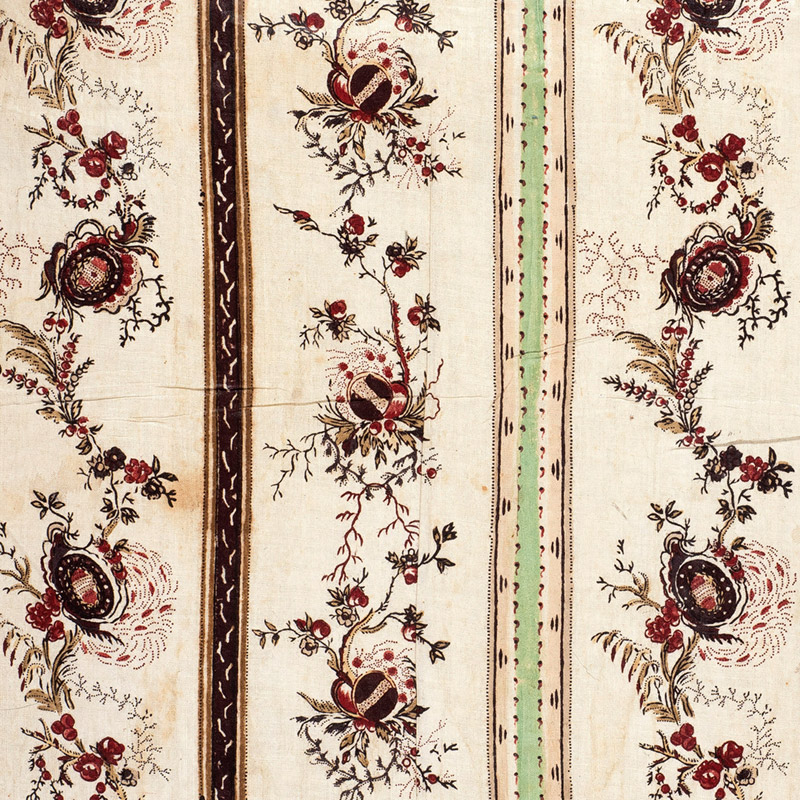 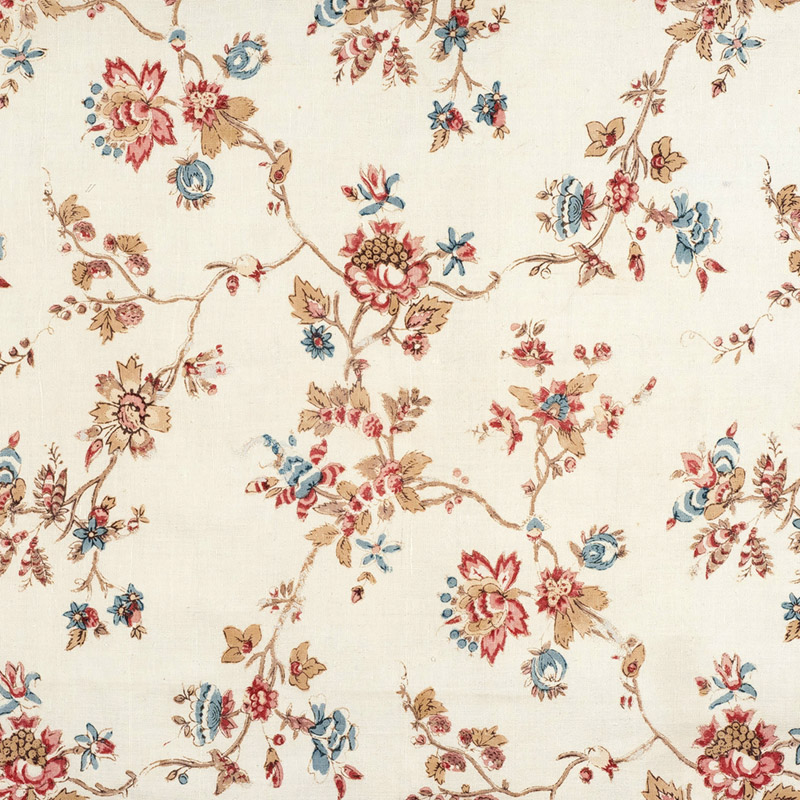 Dmitry Burylin was an affluent factory owner and a respected resident of Ivanovo-Voznesensk. At the age of 14, he and his brother Nikolai took over their grandfather’s calico-printing works; he later occupied a number of public posts, helped the poor, renovated churches, and planted alleys of linden trees. He was awarded the title of Honorary Citizen of Ivanovo-Voznesensk. However, Dmitry Burylin’s most meaningful legacy is his collection of rarities and antiques, which was started by his grandfather Diodor. Dmitry Burylin was a keen traveler, and wherever he went, he bought coins, smoking pipes, jewelry, icons, playing cards, paintings, and prints. In 1913 he even brought home a mummy from Egypt. At first, he kept his collection at home (the present location of the calico museum), but in 1912–1915 a museum building was constructed, with access not only from the street but also from the mansion via an underground passage.

Albums with fabric samples were called “maniere books” (from the French manière — “method, approach, style”). Before the emergence of printing machines such books contained prints of wooden blocks, which were also called “manieres.” Printers would walk from village to village carrying such a book and gathering orders for cloth printing.

The museum collection has 58 maniere books from the Sosnevo Joint Textile Factory, the Large Ivanovo-Voznesensk Textile Factory, Krasnaya Talka, the New Ivanovo-Voznesensk Textile Factory, and Worker F. Zinovyev Factory. The earliest exhibit is an album of the Ivanovo-Voznesensk State Textile Trust. This narrow, elongated specimen with leather clasps is the most ancient maniere book in the museum collection. High-end maniere books were custom made. Normally, they were larger and featured expensive leather or velvet binding. Fabric samples in a book were labelled with an article number and sometimes the name of the fabric or its technical properties. Maniere books for internal use looked nothing like commercial catalogues; they were large notebooks with thin gray or brown paper and small fabric samples displaying only a fragment of the pattern.

Alexander Bocharov, organizer of the Ivanovo fabrics exposition at the Chicago World’s Fair, wrote in a letter to Anton Gandurin: “Visitors walk past the elegantly draped French exposition stands full of silks and woollen fabrics. Could you have anticipated that your designs, charming without doubt, but developed for Central Asian savages, would be well-liked here and would impress the public so much?”

Apart from the Ivanovo calicoes, visitors to the Chicago World’s Fair could examine many other contemporary wonders: a machine sewing 1,000 buttons an hour onto army uniforms, a library of books written exclusively by female authors, or a gazebo constructed from ears of corn. The Russian department was displayed in the Manufacturing and Liberal Arts Building. “It was an exceptionally exquisite exposition rendered in the Russian folk style,” wrote the press. The world fair attracted a total of over 21 million visitors.

The 16th All-Russia Industry and Arts Exhibition was funded by Emperor Nicholas II and hosted by Nizhny Novgorod in 1896. The exhibition was so vast that it took visitors a week to see all of it. Maxim Gorky wrote in the ‘Odesskiye Novosti’ newspaper: “The Ministry of Finance erected up to 80 pavilions at the exhibition, and private individuals and entities built up to 125. The total area covered by the exhibition considerably exceeds that of the All-Russia exhibition in Moscow; patriots of Nizhny Novgorod who have been to Chicago claim that the Chicago exhibition was smaller than ’ours’ too.” Exhibition participants were provided with free exposition space and enjoyed special discounts for railway shipping.

A total of 367 textile industry exhibitors (of which 20 represented the Ivanovo-Voznesensk industrial region) participated in the Nizhny Novgorod exhibition in the fibrous materials section. The section occupied the central pavilion — the largest one, with a floor area of 35,000 square meters. The event attracted approximately one million visitors.

The Kuvaev Textile Factory was founded by Yakov Kuvaev in 1817. His textile works were initially limited to hand block printing of calicoes. Starting from 1872, the factory was managed by Nikolai Burylin. In 1895 the Kuvaev Textile Factory had electric lighting, air conditioning, and was using state-of-the-art equipment and technologies, which ensured the unparalleled quality of the factory’s calicoes. In 1910, the factory employed over 2500 workers, with a yearly production output of 20 million roubles.

The management of the Kuvaev Textile Factory subscribed to a large number of foreign cloth samples, adapted their designs to match fashion trends, and ensured high color-fastness of their fabrics. The factory had warehouses in Moscow, Nizhny Novgorod, Saint Petersburg, Warsaw, Odessa, and Kharkov. The Kuvaevs’ calicoes and sateens successfully competed with English and Muscovite fabrics in Persia, China, and Afghanistan.